This property is a mid-terrace four storey Georgian House with a basement. The house is a protected structure.

To the rear of the building there is a two storey over basement return, constructed at a later date than the original house.

The house is unusual in that it has a lift which serves all floors, dating from the Seventies – something which would not be acceptable from a conservation perspective in today’s climate.

The rear wall of the house consists of a curved ‘bow’ wall which extends the full height of the building, with two traditional sash windows equidistant along the curve of the bow at each of the first, second and third floors.

At some point in the past 50 years the configuration of the windows at ground floor was altered and a large central window inserted. This has a steel and timber beam supporting arrangement over the ground floor head, supported on brick piers projecting from the façade.

Upon inspection the external steel beam had corroded significantly and the two supporting brick piers were detached from the rear façade and pulling away.

The property was taken over by a receiver in 2009 and sat dormant for several years prior to the client electing to refurbish the building (shell and core) for the purposes of putting it on the market.

Structural works to the protected structure included the tying of the front and rear facades to the party walls & floors using ‘Thor Helical’ Helibar pins, temporarily propping of the rear curved ‘bow’ wall at first floor/removal & replacement of the corroded steelwork/replacement of the supporting brick piers. 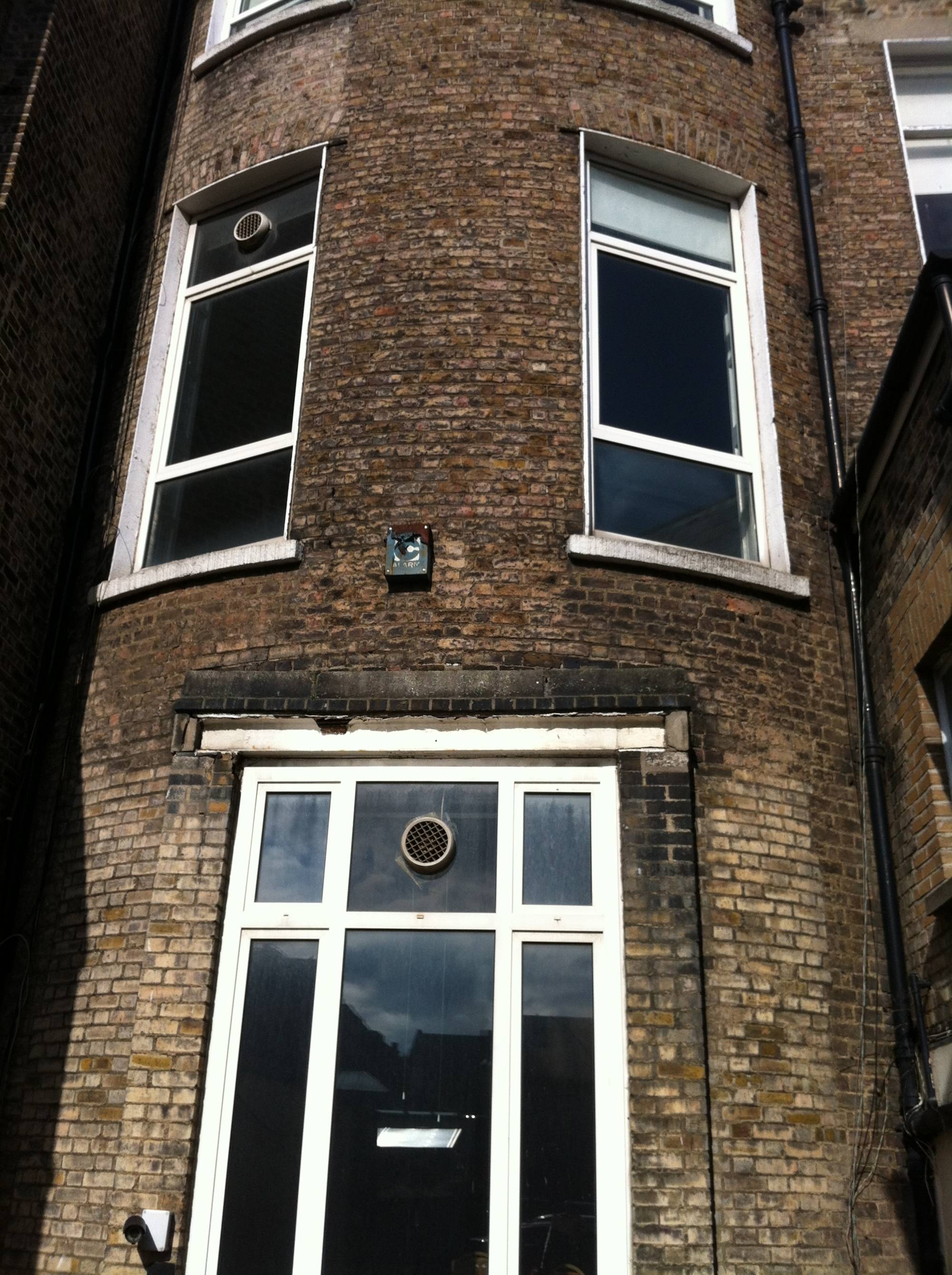 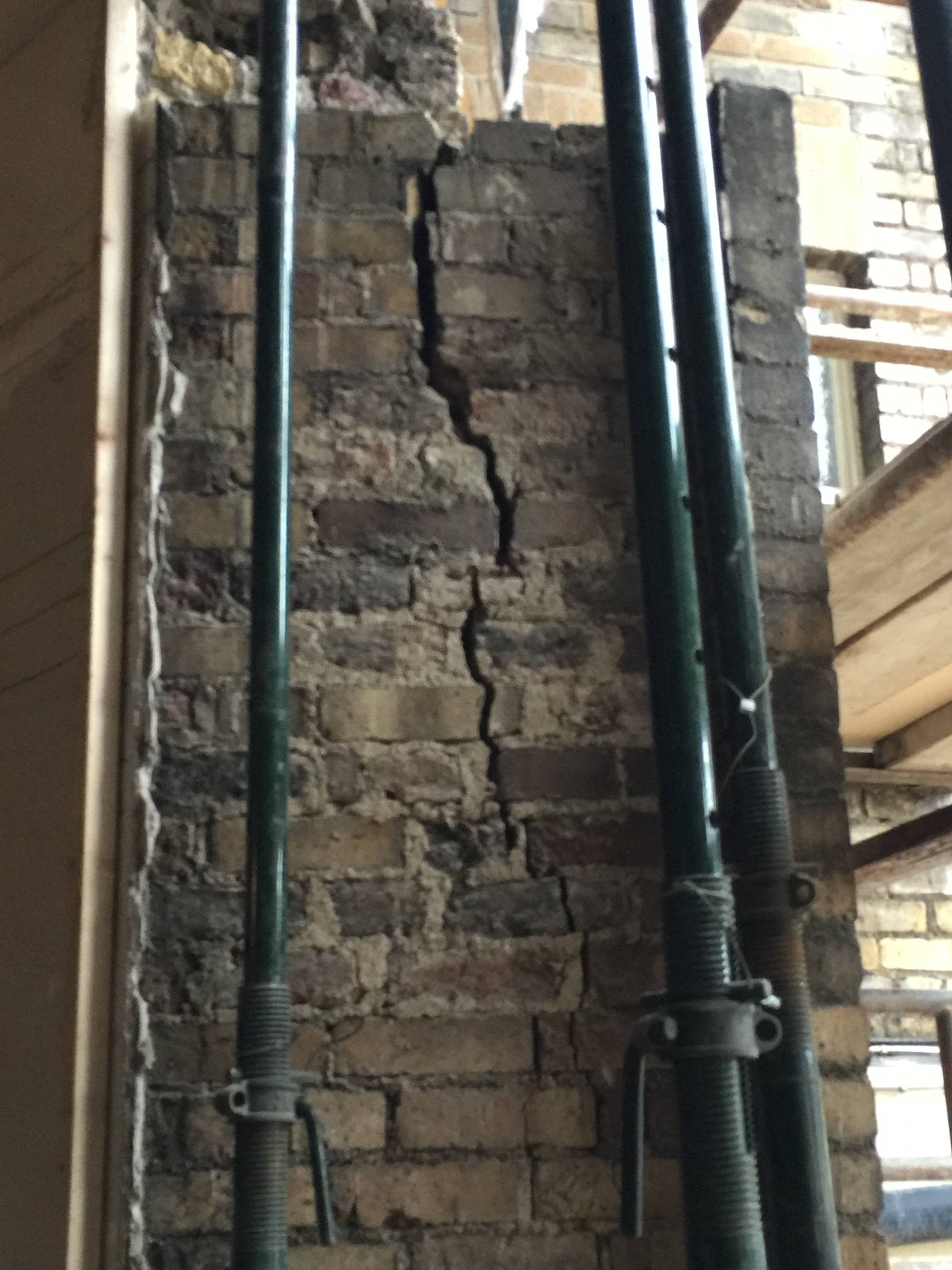 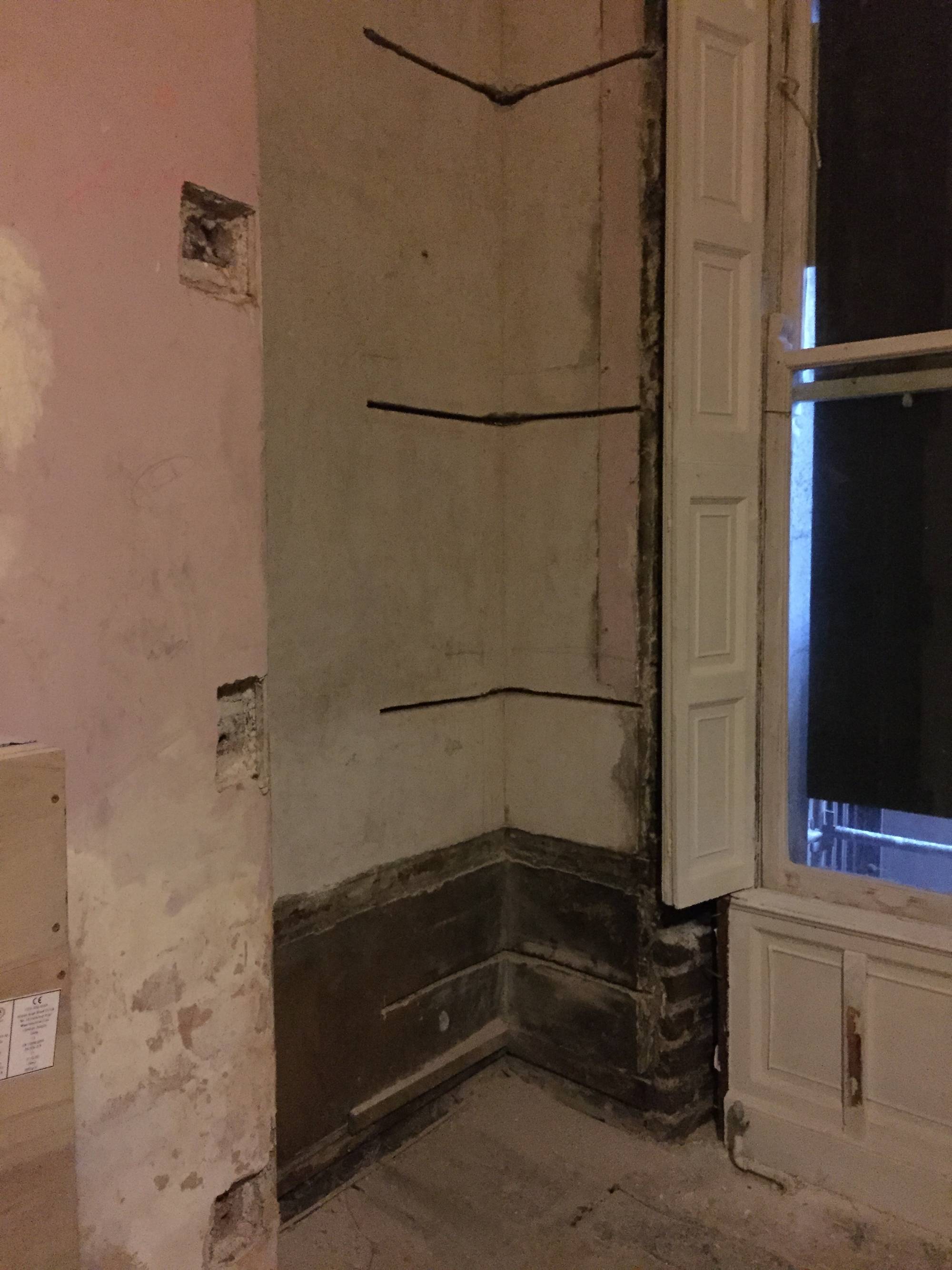